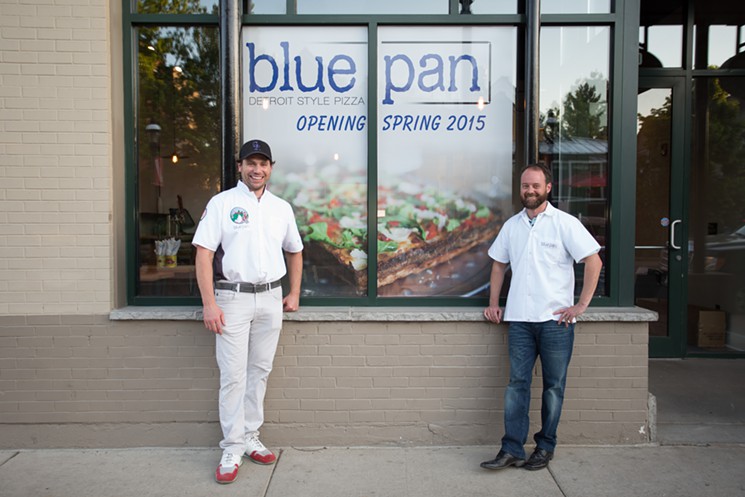 Jeff “Smoke” Smokevitch had been looking for locations to open a pizza place in Denver for nearly a decade. He opened Brown Dog Pizza back in 2004 in Telluride, and wanted to expand his brand of pies to the Front Range. This past year, he finally found a place: the little spot on 32nd Avenue of Highlands Square that used to double as Rise & Shine biscuits by day and Basil Doc’s pizza by night. Here’s the lowdown on the forthcoming Blue Pan Pizza.

Man with a pan: Smoke’s splitting his time between Telluride and Denver to manage both Blue Pan and Brown Dog. His Blue Pan partner, Giles Flanagin, lives in nearby Applewood and works for the city of Denver. Smoke studied under pizza legend Tony Gemigniani at his International School of Pizza in San Francisco. When not building his business or making pizzas behind the line, Smoke might be found competing in the International Pizza Challenge. He took first place for American pan style in 2013 and 2014. Read the full article here!

by Admin / in In the News / Comments Off on Coming Soon: Blue Pan Pizza Read more