Denver was definitely ready for the arrival of Detroit-style pies when Blue Pan Pizza opened at 3930 West 32nd Avenue in the summer of 2015. The tiny shop has been hopping since day one, and business partners Jeff Smokevitch and Giles Flanagin knew almost immediately that there was enough demand for a second location. Last May, they announced that they’d be building a new restaurant in a former bike shop at 3509 East 12th Avenue in Congress Park, and now that second Blue Pan is nearly ready for its debut.

Flanagin says that he and pizza-chef Smokevitch are shooting for an early August opening; interior construction appears to be on pace to meet that goal. Highlights of the new spot include bi-fold front windows that open like airplane hangar doors, creating small awnings at the front of store; exposed Douglas fir ceiling beams that have been restored through weeks of sanding and varnishing; and a curvaceous ten-seat bar created by Turcotte Design & Build, which also did the interior work for the original Blue Pan.

While building a new restaurant in a decades-old building has proved challenging, the property is owned by Larimer Associates, veterans in restaurant development who have helped smooth the way. Even the least sexy details of the build-out, like the state-of-the-art grease traps that had to be installed within the building’s footprint because they can’t be on surrounding city property, were taken into account.

But Flanagin is just as excited about the food as he is with the details of construction. “We’re going to open with the same menu, but we hope to add some different pizza styles in six to twelve months,” he explains. A big new kitchen with two four-deck German Matador ovens will help make that a reality. And a spacious basement will house a walk-in cooler, prep stations, wine cellar and a high-tech dough mixer that reduces friction so that the dough maker can control the exact temperature as mixing takes place.

The two owners are keeping their ideas for new pizza styles under wraps for now, but Flanagin says early tastings have been off the charts.

The new Blue Pan will be open daily from 4 to 10 p.m. initially; lunch Thursday through Sunday will be added several weeks after the opening date.

by Admin / in In the News / Comments Off on Construction Watch: Second Blue Pan Pizza Takes Shape in Congress Park Read more 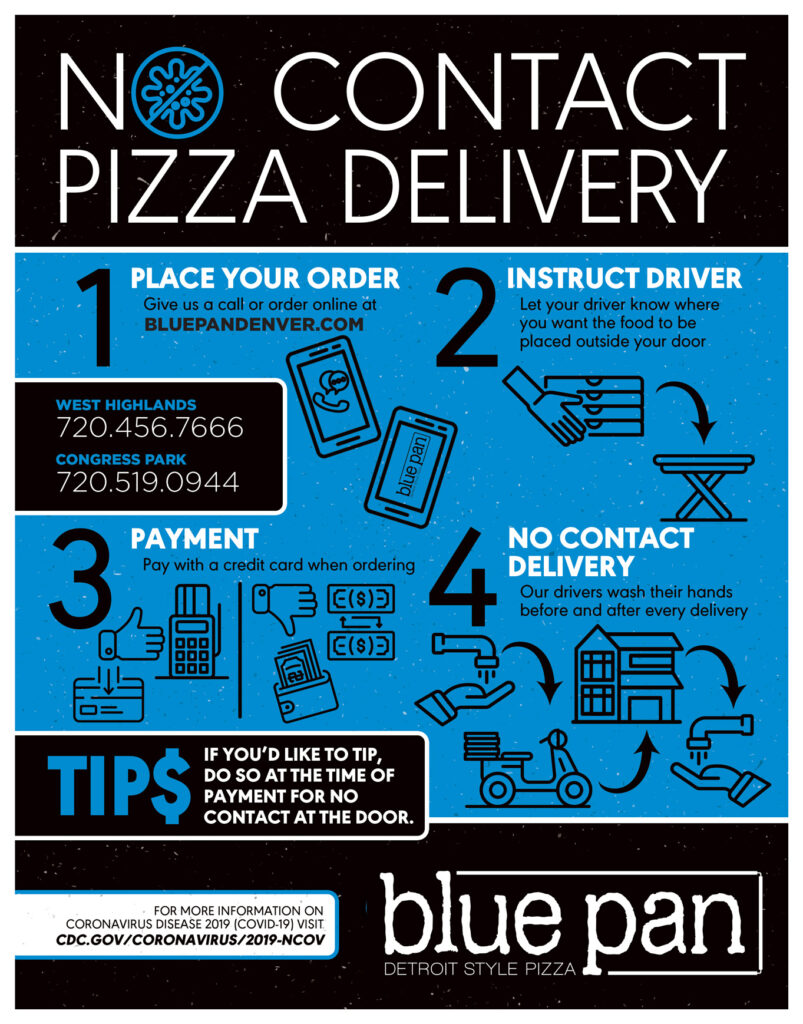