Blue Pan Pizza specializes in serving award winning Detroit- Style Pizza. Located in Denver’s West Highland and Congress Park neighborhoods, we offer full-service dine-in, carryout, delivery and pizza by the slice at both locations. While we have won multiple awards for our Detroit-Style Pizza, we urge you to try our other pizza styles, each of which has their own unique taste and texture.

Originated in the Motor City in the 1940’s, our Detroit-Style Pizza has won multiple national and international awards. The signature characteristic of  Detroit-style pizza, the caramelized crust, is achieved by using a unique blend brick, white cheddar, and whole milk mozzarella cheeses. Our award winning sauce, made with Stanislaus tomatoes and high-quality extra virgin olive oil, is usually placed on top of the cheese prior to serving. Our light and airy dough is made in house daily using our proprietary triple rise technique. All our Detroit- style pizzas are baked in a Bakers Pride deck or a Matador electric oven, at very high temperatures.

Other Styles of Pizza

Blue Pan also features Chicago Cracker Thin (16”) and New York Style (16”) pizzas, the dough for each also made in house daily. A limited selection of fresh salads, appetizers and sandwiches complement our selection of different pizza styles. All of our dough is freshly made in house daily.  All our purveyors are handpicked by co-founder and Master Pizzaiolo Jeff Smokevitch, allowing us to provide our customers the highest quality culinary experience possible. Our beer and wine are rotated throughout the seasons based upon availability.

Jeff  “Smoke” Smokevitch is widely recognized as one of the best Pizzaiolo’s in the industry, with several national and international awards.  He refined his craft under legendary Pizzaiolo, Master Instructor, author, and 11-time World Champion, Tony Gemignani.  Smoke is a member Gemignani’s World Pizza Champions team in addition to being an assistant instructor at Gemignani’s International School of Pizza in San Francisco.

As a member of the World Pizza Champions, Smoke has represented Colorado and competed against the most elite pizza makers in the world, including competitions in Paris, Italy, Las Vegas, Orlando, and Columbus.  At the 2013 and 2014 International Pizza Challenge in Las Vegas, the largest pizza show in the world with over 10,000 attendees, Smoke’s “Authentic Detroit Style Pizza” won first place two years in row, and earned him the prestigious title of World Champion. 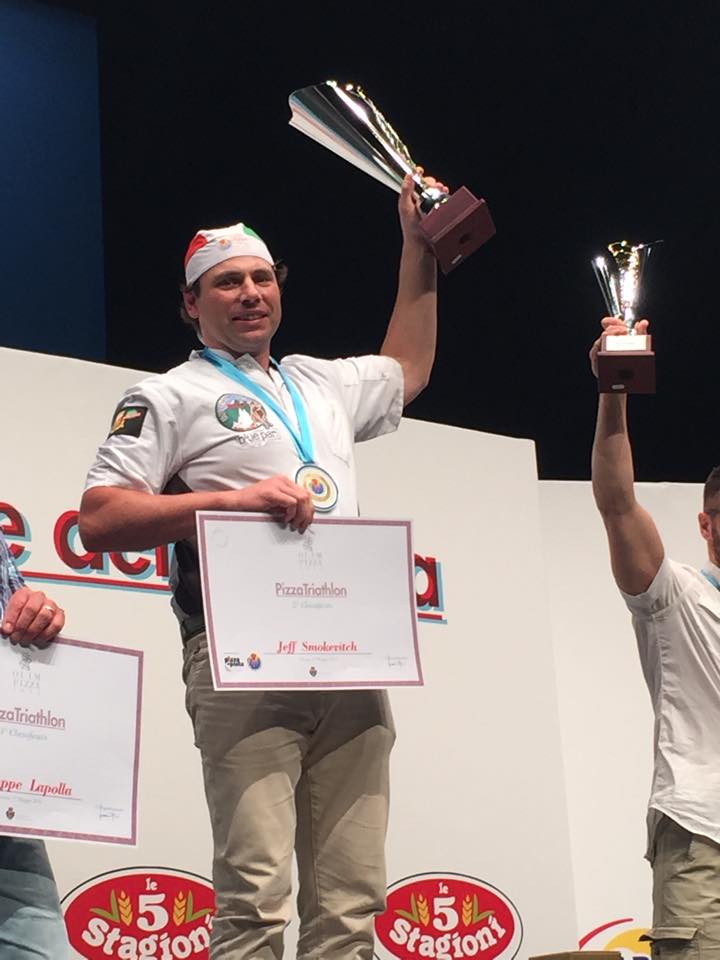 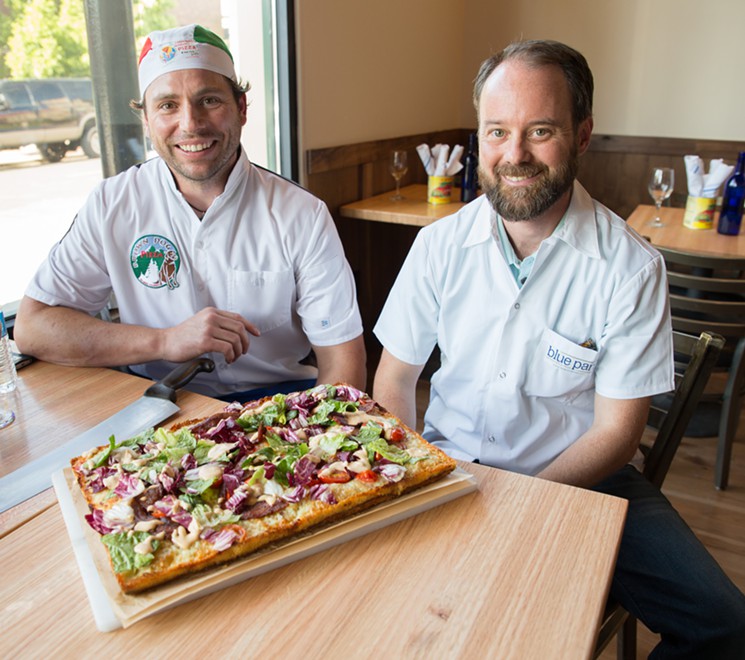 Smoke is widely recognized as one of the best Pizzaiolo’s in the industry, as demonstrated by earning several national and international awards.  He refined his craft under legendary Pizzaiolo, Master Instructor, author, and 11-time World Pizza Champion, Tony Gemignani.  Over the past five years, Gemignani has mentored Smoke to help him perfect award winning Detroit Style pizza, culminating with Smoke becoming a member of Gemignani’s World Pizza Champions team. As a member of the World Pizza Champions, Smoke has represented Colorado in competing against the most elite pizza makers in the world, including competitions in Paris, Italy, Las Vegas, Orlando and Columbus.

At the 2013 and 2014 International Pizza Challenge in Las Vegas, the largest pizza show in the world with over 10,000 attendees, Smoke’s Detroit Style pizza won first place two years in row, earning him the prestigious title of World Pizza Champion. Since being crowned Champion, Jeff has become an instructor at Gemignani’s International School of Pizza located in San Francisco, CA. He certifies students from all over the world in the craft of making different styles of pizza including Neapolitan, Classic Italian, Sicilian, California, Old New York, New York, Chicago, Detroit and St. Louis.

Jeff is also a co-founder of Brown Dog Pizza in Telluride Colorado. Brown Dog has earned national praise for their pizzas and has become a top culinary destination in Colorado. When not in Denver, Jeff can usually be found in the kitchen at Brown Dog working on new recipes and other culinary creations.

As Co-founder of Blue Pan Pizza, Giles is responsible for the company’s overall strategic planning including the sourcing of real estate for future locations, the financing of the companies daily and future growth opportunities and overseeing the day-today operations with his management team.

After graduating from Northern Arizona University with a major in Finance and Minor in Mathematics, Giles moved to Chicago to apply his entrepreneurial passion in the real estate development industry. During this time, Giles worked his way up to become a partner at Peak Development; a full-service development and construction company focused on developing residential and commercial real estate throughout Chicago. As a partner in the firm, Giles lead the General Contracting Division of the company and played an integral part in the operational management and financing of the company’s projects.

During this time, Giles helped to grow the yearly company revenue from $6M to $80M and was integral in developing over 400 condominiums, 7 luxury single family homes and over 300k square feet of flex industrial space in under 5 years. His leadership and efforts resulted in him receiving several industry awards related to the redevelopment of several dilapidated properties throughout Chicago.

In addition, Giles Co-founded Summit Design & Build which focused on third party generational contracting in the industrial, commercial, and residential markets. Summit Design remains one of the premier general contractors in the City of Chicago,

While living in Chicago, Giles would frequently bring back dough from his favorite pizzerias in Detroit and bake pizzas in his apartment. It was during this time he developed his passion for Detroit Style Pizza and was determined bring this style of pizza to a new market.

In 2011, Giles relocated to Denver, CO. to become the Redevelopment Manager of the Denver Urban Renewal Authority, a quasi-government organization responsible for all the tax increment financing in Denver. He was responsible for all redevelopment activities, including working directly with the Mayor and City Council to get projects approved.

In 2015, Giles partnered up with Jeff Smokevitch, a lifelong friend from kindergarten and World Pizza Champion, to co-found Blue Pan Pizza, fulfilling his dream of introducing Detroit style pizza to Denver Colorado.

Outside of work, Giles is deeply passionate about saving and adopting unwanted animals is a strong advocate for animal rights.

When not working, you can often find him skiing, hiking, and enjoying the beauty of Colorado. Currently, Giles lives in Golden with his wife two daughters and their three rescue animals.